There is a term conlinguistics used primarily in the Japanese conlanging communities. This article is meant to point out several potential problems with this term, and suggest possible alternatives.

First is the matter of semantics: the definition of this word is vague, and judging by its current usage, it can refer to a) the study of how conlangs are created, the history of conlanging, and conlangs as cultural products, or b) the act of studying existing conlangs as if they are natural languages. The definition is not agreed upon by various creators (and potential researchers), and this might lead to an unnecessary division and confusion within the discipline, similar to what happened in the real-life linguistics.

Secondly, the structural ambiguity of the word itself: this term is presumably meant to be analysed as conling-uistics, referring simply to the study of conlangs. However, most likely the average person unfamiliar with the term would instead gravitate towards the alternative analysis con-linguistics, possibly interpreting it as an abbreviation of constructed linguistics. The fact that the latter interpretation cannot be completely avoided presents an inherent structural issue, in which case this phrase reads as if it is linguistics that is constructed, when actually it is the language (surfacing here in a reduced form lingui-).

It certainly does not help that the 'incorrect' analysis is more in line with how other terms like con-lang and con-world are structured. Furthermore, in the English language there is a word con with a different meaning, basically a synonym of deceive, and this can also be found in its affixed form in words such as con-artist. Together, these factors give the unfortunate impression that conlinguistics is a discipline that is similar to linguistics, but is somehow lesser and inauthentic, and therefore not worthwhile.

To solve the issues explained above, the author suggests two alternative technical terms: conlangology and ludolinguistics. The former signifies the study of conlangs in the context of culture and society, corresponding to the type of research labelled as a) above.

Ludolinguistics, on the other hand, refers to the analysis of individual existing conlangs, which fits the category b) above. The first element of the compound, ludo-, denotes '(of) play', and it is used here thus to convey the idea that, in most cases, the examination of existing conlangs stems from the desire to enjoy and appreciate them, rather than being an exclusively scholarly activity.

The issue with the term conlinguistics boils down to the fact that it seemingly attempts to situate the study of conlang within the existing framework of linguistics, while the method of the study of natural languages decidedly cannot be directly applied to conlangs. This is because the nature of conlangs are fundamentally different from that of natural languages, in the sense that they are created by a specific person or entity that can be named. This means that whatever problem that would be an object of research, if found in natural languages, can ultimately be solved by the creator of the language. Analysing a conlang is comparable to solving a mathematical problem given in textbooks, as is regular linguistics to something like inventing a new formula heretofore undiscovered (kindly excuse the author for the crude analogy as he is not well-versed in mathematics).

Acknowledging the difference between traditional linguistics and the study of conlangs will not diminish the value of the latter, both conlangology and ludolinguistics alike; rather, it will hopefully help solidify their position within the academic world. It is most lamentable how conlangs have been excluded from the study of human culture and expression (save perhaps Esperanto and Tolkien's Elvish languages), despite being a proper art form for at least several decades. Outside the few communities of enthusiastic researchers, the academic world at large has not quite acknowledged conlangs as a valid subject of research. It is doubtful that it even possesses the tools necessary to deal with this relatively new concept.

It would seem, therefore, necessary for creators and researchers of constructed languages to properly establish relevant technical terms in a way compatible with the general academic principles in order for conlangs to be accepted amongst communities of researchers. 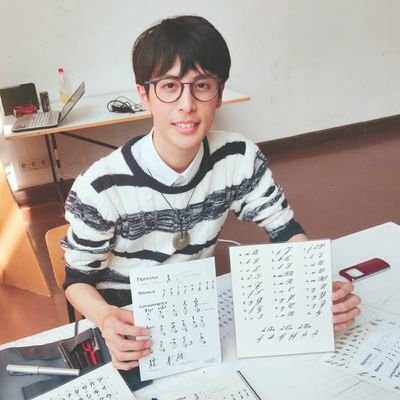 Tomohiro Nakano/Tormis Narno
Creator of the Firraksnarre Legendarium and its spinoff film series. MA student in Celtic historical linguistics at the University of Tokyo.

Once suspended, tormisnarno will not be able to comment or publish posts until their suspension is removed.

Once unsuspended, tormisnarno will be able to comment and publish posts again.

Once unpublished, all posts by tormisnarno will become hidden and only accessible to themselves.

If tormisnarno is not suspended, they can still re-publish their posts from their dashboard.

Once unpublished, this post will become invisible to the public and only accessible to Tomohiro Nakano/Tormis Narno.

Thanks for keeping Migdal safe. Here is what you can do to flag tormisnarno:

Unflagging tormisnarno will restore default visibility to their posts.